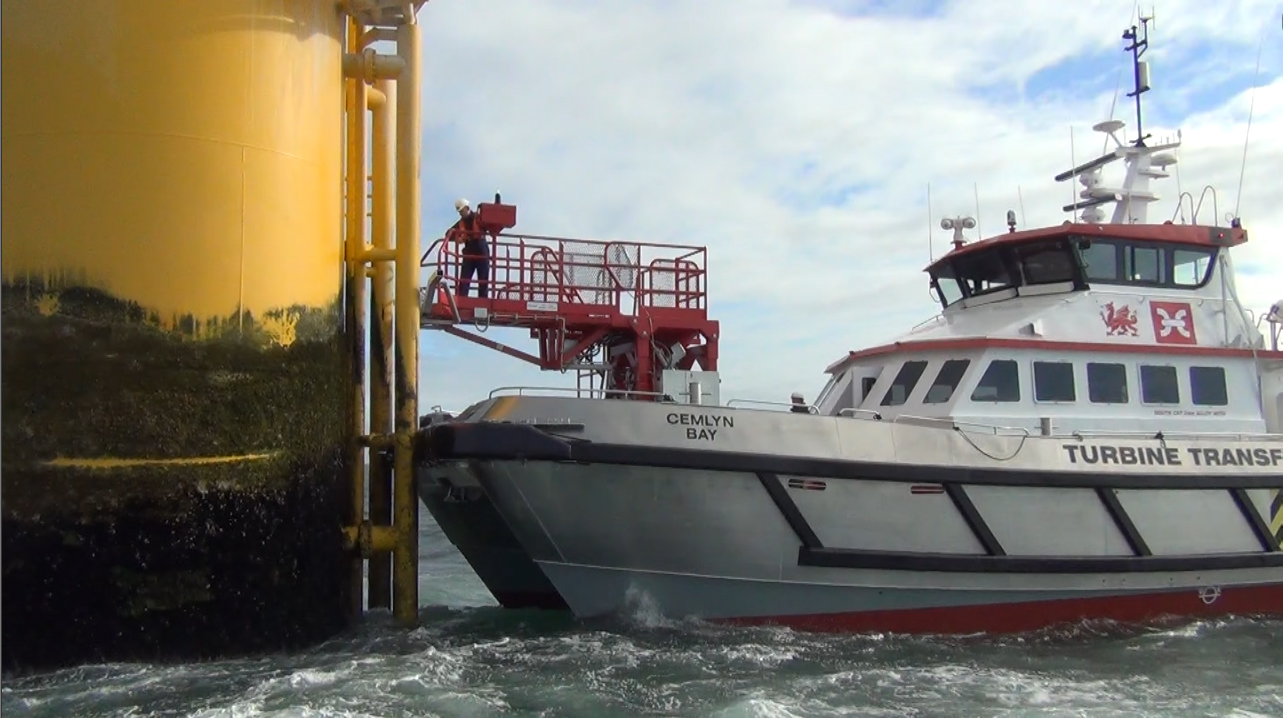 TAS is a patented motion compensated platform that provides a safe and stable point of access to the Turbine, Offshore Structures or other vessels.

The judges decided that TAS™ clearly demonstrated improved safety for personnel transfers to offshore windfarms and would also allow increase in operability. With improved safety and meeting the operator’s stringent costs requirements TAS™ will mean more work days are possible than with traditional access methods.

Frederic Perdrix commented: “We’re delighted the Houlder / BMT Nigel Gee team has been recognised for innovation. It is genuinely innovative engineering that makes the TAS™ project stand out.”

John Bonafoux, Managing Director of BMT Nigel Gee, commented: “This latest award demonstrates how important the TAS™ system is to safety in the Offshore industry.”

Following successful trials at Rhyl Flats offshore windfarm, the patented TAS™ system has benefitted from significant development effort by both companies and support from the Carbon Trust. Interest is now being shown by wide variety of operators”.