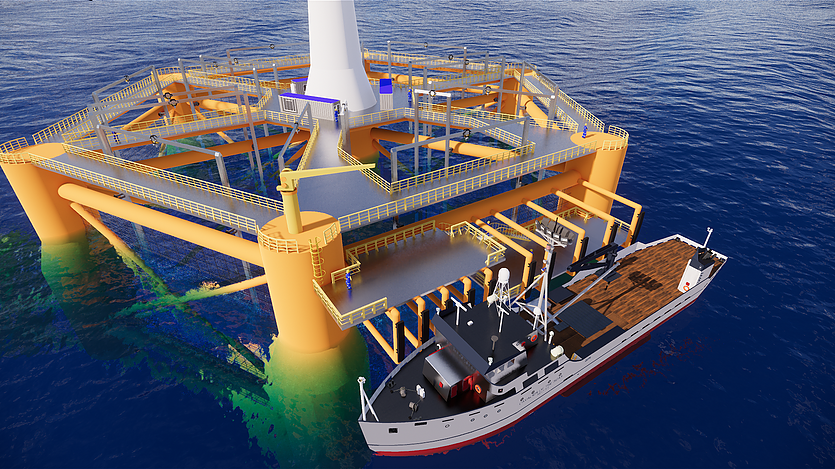 The above OPEC team combined their expertise to test a number of combined energy service deployment cases to find the most suitable for future investment. This included integrating offshore wind electricity generation and shellfish farming, for example. The idea being secondary uses of offshore structures can off set some of the foundation installation costs.

The fifteen month project has found that partnering between floating wind developers and aquaculture producers would be beneficial – delivering potential additional revenue streams for those investing in offshore renewables.

In addition, the team established that engineering and pilot deployment of a wind and aquaculture OPEC platform might serve a small island developing state well. The was a good opportunity to deliver high socio-economic value. The consortium’s work identified this as potentially suitable for investment by government.

Although the technical feasibility aspect, to which Houlder contributed directly, had a positive outcome, OPEC’s report concluded that the economic viability of such joint platforms remains challenging. Further work is required to optimise any platform design and bring together the right balanced combination of marine energy and other activities that generate revenue.

The project also considered the replacement of conventional wind turbine energy generation with a high altitude kite system and the combination of an offshore port with wave energy capture in small island states as development possibilities which merit investigation.

According to the partners, options are currently being explored to fund a follow-up project to look at the detailed engineering required for two pilot multi-use platforms, one in South Africa and one in the UK.