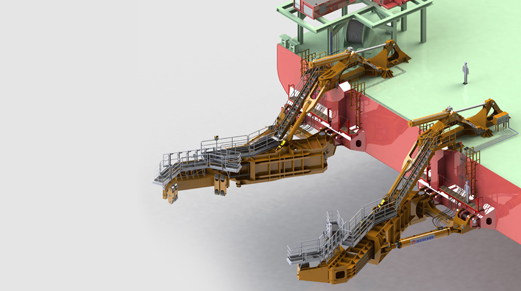 Two years after opening a permanent office in the region for the first time, Houlder has announced its presence in the North East is to more than double in size. This is part of a company wide expansion strategy that has seen the maritime engineering and design company’s headcount reach over 120. The Boldon Office, formerly home to six draughtspeople now has desk space for many more many engineers, designers and project managers.

“This is not only great news for Houlder but also for the South Tyneside business community. It represents how businesses, especially in engineering, are reaping the benefits of being located in the Borough. Progressive business cases are a positive boost for South Tyneside, as it represents how the Borough is moving in the right direction and in turn enhancing the local economy.”

Projects being supported in the region include a bespoke skidding system which transfers 200 tonnes of cable a distance of 10m along a ship’s deck during offshore pipelaying operations and an innovative pair of gripper arms (pictured) that support the installation of offshore wind turbines by keeping foundation piles in place as they are driven into the seabed.