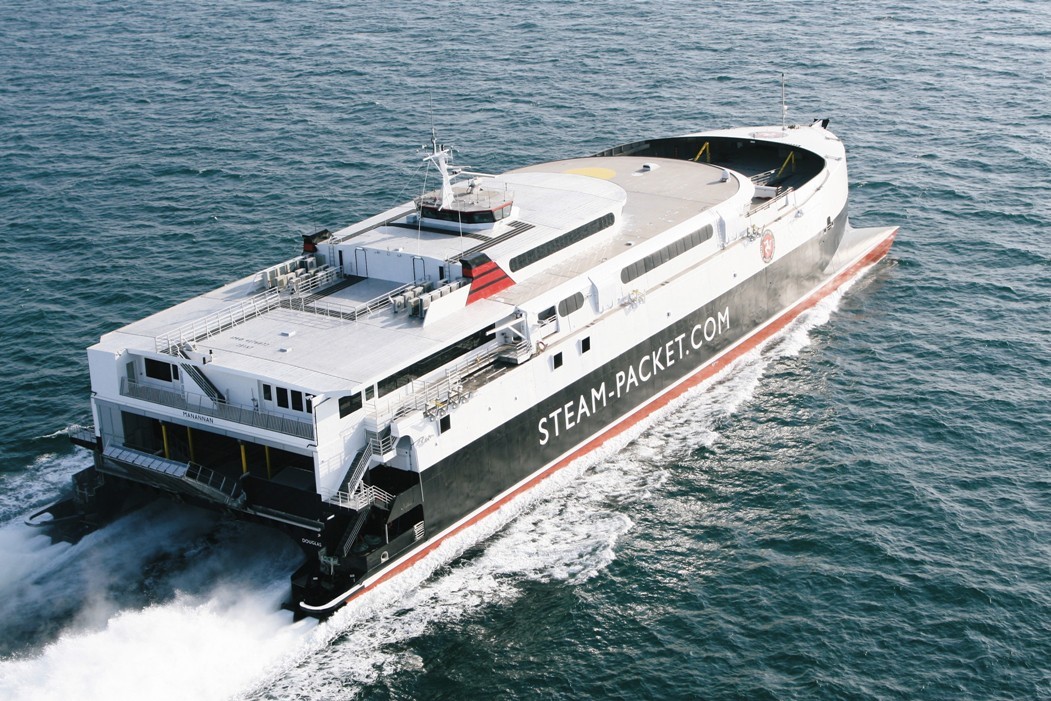 Houlder has a long association with high speed catamaran ferries and enjoys relationships with operators across the UK and further afield. This is demonstrated by our support of the iconic Isle of Man Steam Packet Company’s wave-piercing catamaran, HSC Manannan.

HSC Manannan is a 96-metre (315 ft) car and passenger ferry with a colourful history. It entered service in 1998 having been built by Incat in Tasmania, Australia. The vessels original name was Devil Cat and operated as a ferry for TT-Line. A little while after that it operated as Top Cat and was then acquired by the US Navy for military purposes and adapted for military purposes, where it was called USS Joint Venture.

Houlder was contracted by Isle of Man Steam Packet company to assist in the procurement of the vessel from the US navy and provide plans for returning it from a military vessel to a high-speed passenger ferry. Houlder provided a wide range of technical, design and drafting support during its return to passenger service.  The specific scope of work included concept and detailed design, technical consultancy, owner representation, passenger space refit, structural design, light ship survey, stability and hydrodynamic analysis.

The conversion almost doubled the vessel’s passenger capacity to over 820. At a cost of £3M, this was the largest conversion of a high speed catamaran ever undertaken at the time. Installation and construction was done by Burgess Marine in Portsmouth with Houlder providing technical advice throughout the conversion.

Two new passenger spaces were added to the vessel by extending the lower passenger deck over the vehicle deck by 20.4m. This provided 229 new seats and a new bar area. A new, larger sky lounge was installed that incorporated a further 175 passenger seats. Two new passenger lifts were also installed together with structurally supporting infrastructure. The vehicle ramp was also design to suit the ports infrastructure to suit efficient vehicle loading.

In a subsequent work package, Houlder designed a removable mezzanine deck which created additional space for motorcycles. This allowed for a 10% increase of motorcycle bookings during peak periods such as the Isle of Man’s famous TT race and Festival of Motorcycling.