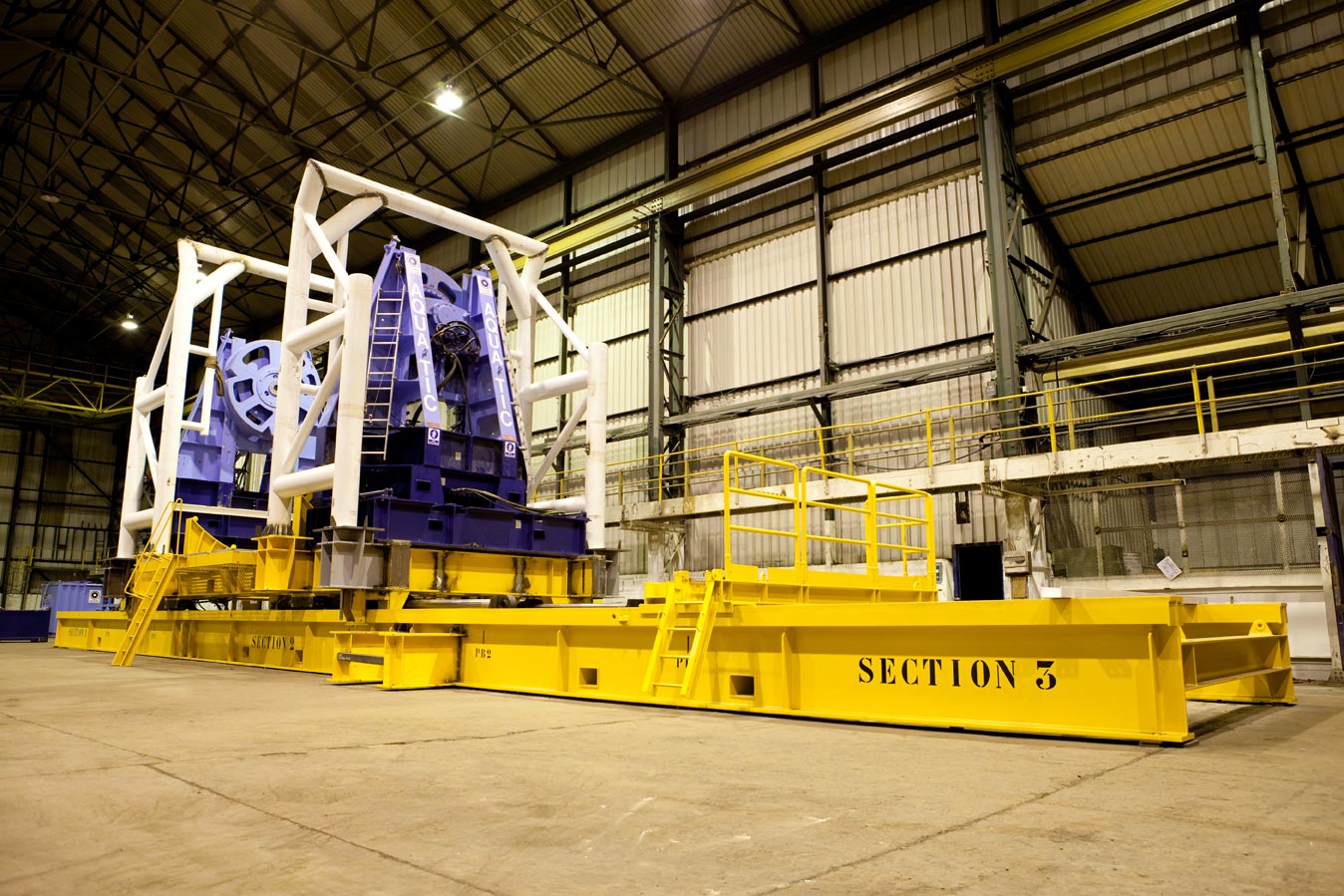 Houlder has announced the delivery of its Reel Skidding Drive System (RSDS) to Aberdeen-based Aquatic; equipment and solution providers for reeled products. The unit is now in transit to South America for mobilisation on-board Aquatic’s end customer vessel for the project.

The Reel Skidding Drive System (RSDS), designed, engineered and constructed by Houlder to the client specification, consists of a skid frame, skid trolley and push beam. Weighing 75t itself, the RSDS receives a loaded cassette reel of flexible product, engages its drive system and then transports the unit 10 metres along the vessel deck from the loading to the product deployment position. It is designed to operate at sea in all but storm conditions.

The skid trolley itself is 4m wide and 10m long and features a tower and cradle arrangement to support two different reel sizes of up to 150t each. In order to move the reel cassettes the 10m required, the RSDS utilises a pair of 30t hydraulic rams that drive the trolley over the skid frame on 200t Hillman Rollers. Its lateral movement is arrested by guides at the four corners of the skidding frame. The operation is easily reversed to pull the trolley back to the loading position ready for deployment of more product. Finally, to ensure safety the system is fitted with an audible movement alarm and flashing warning beacons.

The RSDS (pictured) was developed, designed and fabricated in a total of sixteen weeks, with a further four weeks of certification and testing undertaken under Houlder’s supervision at MC Ware’s Tees facility.