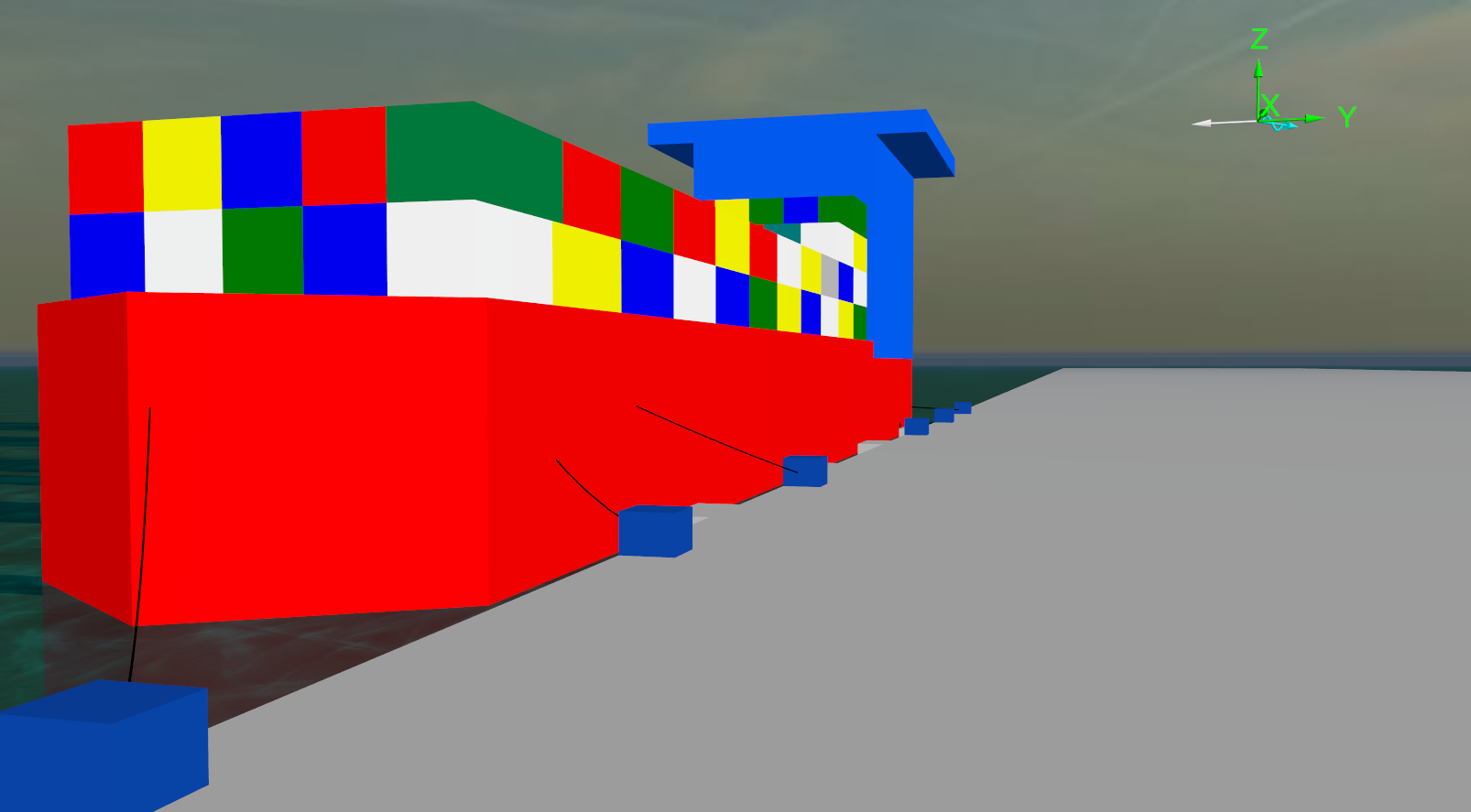 Houlder naval architect, Blanca Peña presented the following advanced hydrodynamics paper at the 35th International Conference on Ocean, Offshore and Arctic Engineering (OMAE 2016) in Busan, South Korea. The paper, authored by Blanca and Engineering Director Aaron McDougall, investigates improvements in the mathematical modelling of floating objects in close proximity to fixed ones – a ship by a quayside for example.

“The wave-induced motions of vessels moored next to a fixed object and open to the sea impact the operability of many offshore operations, and should be assessed in order to avoid accidents and catastrophes. When analysing vessels moored by a fixed object (e.g. quayside or platform), time domain simulations have shown numeric instabilities resulting in unreliable outcomes.

The origin of the numerical instability might lie in the hydrodynamic added mass and wave radiation damping. This is typically calculated using potential flow methods and influenced by the existence of standing waves in the gap between the two bodies. For certain frequencies, these give negative values, potentially causing instabilities in non-linear (coupled) time domain simulations. In these cases, the vessel can behave unexpectedly, generating energy rather than dissipating it. As such, certain simulations have been disregarded as they are unlikely to accurately represent real life scenarios.

This is followed by a study conducted using both panel method and CFD analyses. The results from both approaches are compared, showing interesting information and the necessity of researching more into the problem addressed in this paper.”

Houlder’s advanced analysis team provides advanced hydrodynamics capability to the offshore and marine industry. For more information, contact us through enquiries@houlderltd.com or ring the team in Aberdeen +44 (0)1224 702 200.