Management thinker Peter Drucker is often quoted as saying ‘you can’t manage what you can’t measure’ – an  assessment just as applicable to ship performance. The proper management of ship performance depends on the ability to quantify the results of changes made.

Ship performance has different connotations depending on your position within the industry, but energy consumption is likely the most topical and one of the most important considerations, affecting both environmental and commercial issues. Other areas of importance include sustainable speed, static and dynamic stability, strength, emissions, motion, noise and vibration, operational management and ultimately vessel control and survivability.

Through the recent acquisition of Seaspeed Marine Consulting, Houlder is involved in the monitoring of ship performance on tugs, crew-boats and ferries and this is now being extended to a range of different vessel types.

The basis of performance monitoring and management is relatively straightforward: monitor the parameter(s) of interest, record and analyse the resulting data and present the results to those who can make use of it. They then need to act, possibly making changes which are again monitored and the process repeated.

The reality is often less straightforward due to the complexities of monitoring within an operational ship environment, however the benefits are many, as indicated in the following case studies of projects recently undertaken:

Establish the actual operational profile of a naval tug’s power and energy use as part of a decarbonisation programme. 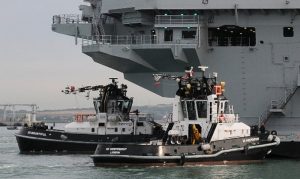 The team installed a monitoring system in a day. This recorded the main engine parameters (torque, rpm and fuel consumption) and vessel speed and position. We recorded this data on board and relayed it via the GSM mobile network to an online portal. Here it was displayed in an analysed format for day-to-day checking. We recorded the vessel’s data every second for six months and reported a summary each month.

This study established the detailed operational profile of the vessel including the total power and energy required for any task and/or day. It also showed time available alongside the berth for the potential charging of batteries and/or bunkering for a non-fossil fuel. This information was considered crucial for the overall tug decarbonisation project.

Virtu Ferries of Malta recently brought the 110 metre new-build catamaran Saint John Paul II into operation after a detailed evaluation of a number of competing designs. The comfort of passengers during operations in rough weather is a high priority for the company. We ran a motion monitoring programme as part of the vessel’s introduction into service to aid their understanding of this issue.

We installed a vessel motion monitoring system (VMS) which monitors motion in six degrees of freedom (at 200 Hz), vessel speed and course and wind speed and direction. From this data the system calculates the expected motion sickness incidence distribution over the passenger deck and presents this to the ship’s master on an auxiliary screen. The significant wave height and wave direction is extracted from an online source for this sea area for the time of travel.

For this study, the cabin crew also provided a report for each voyage describing the motion intensity and recording the number of passengers that actually experienced motion sickness. This was undertaken for 12 months. 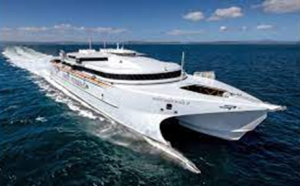 A solid understanding of the effects of sea states, heading and speed on passenger comfort was derived. This confirmed the predictions made during the original research and development free-running scale-model test studies undertaken. The provision of live MSI distributions to the ship’s master provided the ability to assess the affects of changes in course and speed on passenger comfort. The main study itself provided evidence that the use of alternative illness rating assessment methods could provide more meaningful results than the standard ISO 2631 system.

The performance of CTVs is crucial given the opportunity costs associated with the operation and maintenance of offshore wind farms. For CTVs, the two main factors of importance are the speed and comfort of vessel transit from port to the windfarm and the ability of the craft to safely transfer technicians to and from the turbines on arrival and departure. The challenge was to quantify how the vessels were actually performing. 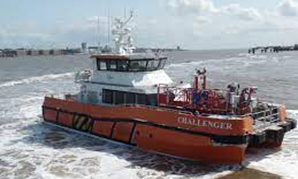 As part of a number of Carbon Trust research programmes, we monitored CTV performance using a VMS programmed to record and analyse motion and other associated parameters. This system provides actual performance plots (P–Plots) for transit and transfer that can be compared to contractual requirements. For transfer performance, the fender forces (longitudinal and vertical) have also been monitored to assess the fender slip characteristics of the vessel during push-on transfers. This latter assessment is currently being extended to provide guidance for the skipper and technicians as to safe transfer conditions in real time.

The study has led to a quantitative understanding of acceptable transit and transfer performance for CTVs and provided a unique opportunity to verify computational predictions with real-life results. In particular, it demonstrated techniques available for the comparison of actual performance with that originally specified or expected. As an extension to these Carbon Trust research projects, a vessel motion monitoring mobile phone app was also developed (app: vmma) for general use in such studies. 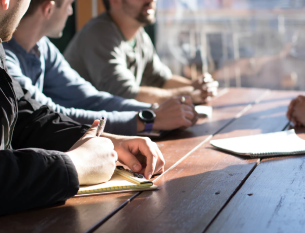 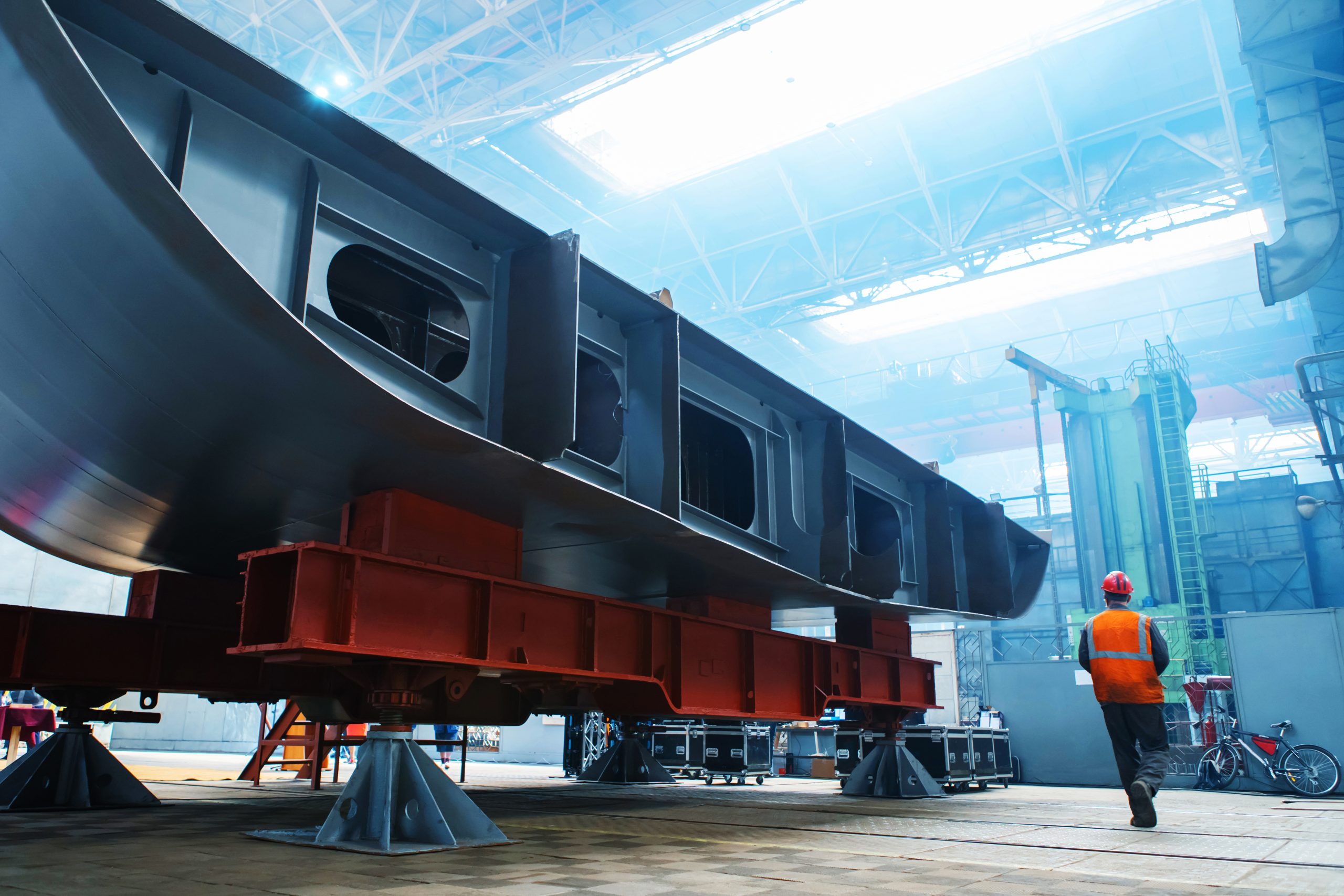 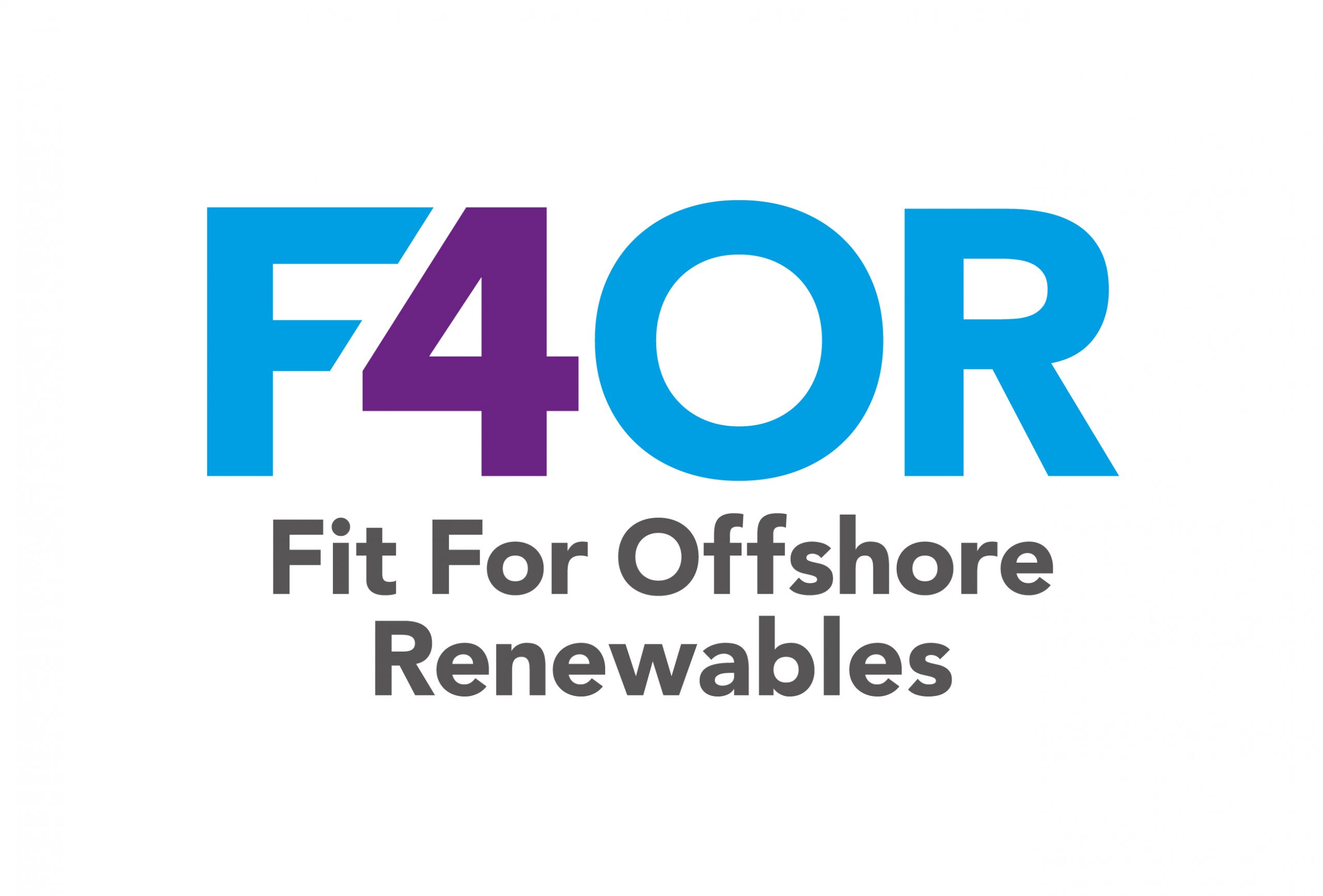