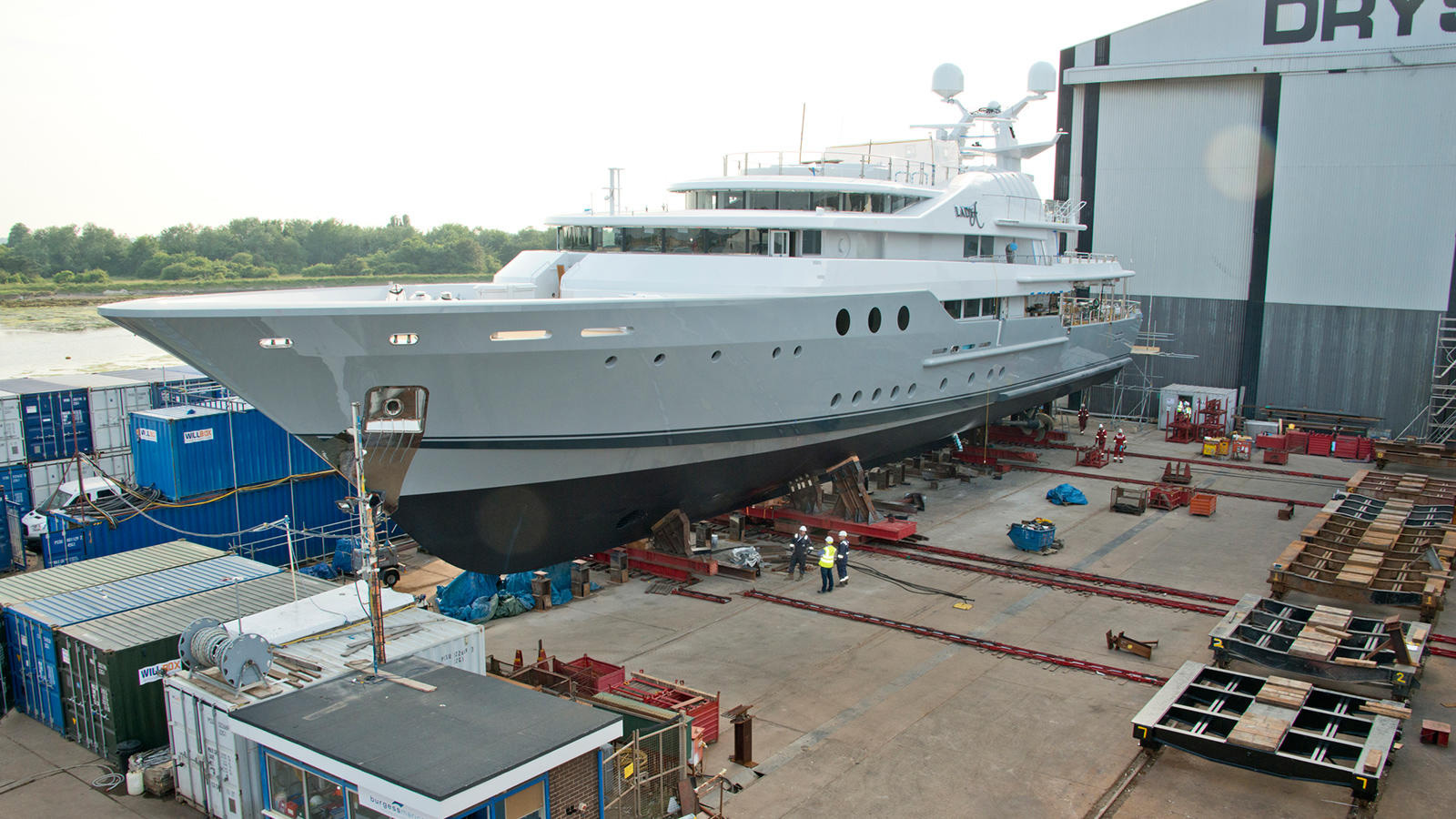 The M.Y. Lady A is a 53.8m LOA vessel with aa 11.8m beam, a 3.6m draft and a GRP hull and superstructure. Originally the Southern Cross III, she was built in Japan by Nishii Zosen-Sterling and delivered in 1986. Powered by twin Caterpillar engines, she has a top speed of 16 knots and a range of approximately 2,500 nautical miles at 13 knots.

Working for Burgess Marine and AMSCruise, Houlder engineers were contacted with short notice to design yacht specific docking arrangements to get the Lady A safely and securely into the ship lift and then design the skidding supports to get her to the final position for the refit.

Houlder has many years of experience and has worked on similar projects in the past, such as the historic 65m M.Y. Shemara. We liaised with the Burgess Marine team to design the skidding supports that would hold the ship while it was moved by the heavy lift contractor, ALE.

While the schedule was tight, Houlder designed the supports in time for Burgess Marine to fabricate and install them before the Motor Yacht Lady A arrived in Portsmouth. Houlder was onsite to assist with positioning of the ALE Skidding arrangements and dry docking arrangements. The process of skidding the yacht into its final position ready for its refit was then a safe and efficient operation.

Once in position, Burgess Marine commissioned Houlder to reinforce the upper deck edge in way of the boat davits. Houlder designed a load bearing arrangement that would also support the ships tenders. The design was made from stainless steel and clad in a new composite structure for minimal effect on the ships appearance.

Throughout the duration of the refit Houlder engineers carefully monitored the added and removed weight from the ship and entered this into the weight record. In conjunction with this the design team ran NAPA simulations to assess the stability of the vessel.

With the refit complete Houlder then performed the incline experiment to measure the Superyacht’s centre of gravity and lightship weight.

With the data from the weight record, NAPA testing and inclination experiment the ships stability book was updated by Houlder. We also assisted with discussions with the superyacht’s classification society (ABS) on a number of design questions. 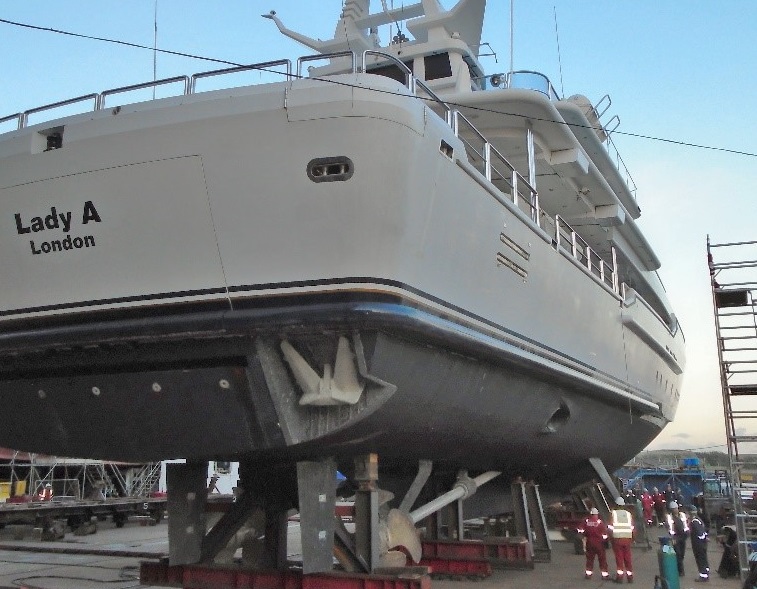 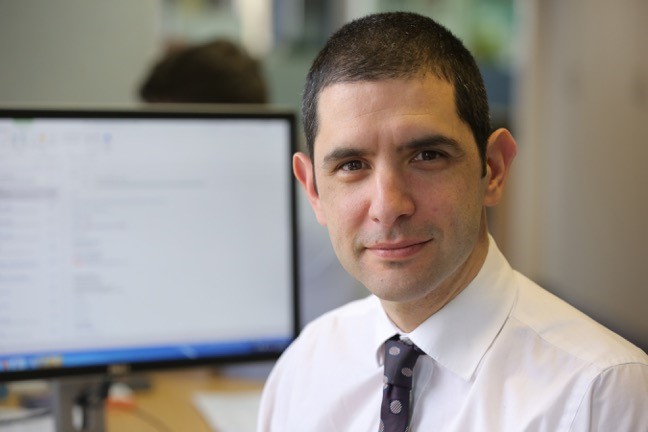 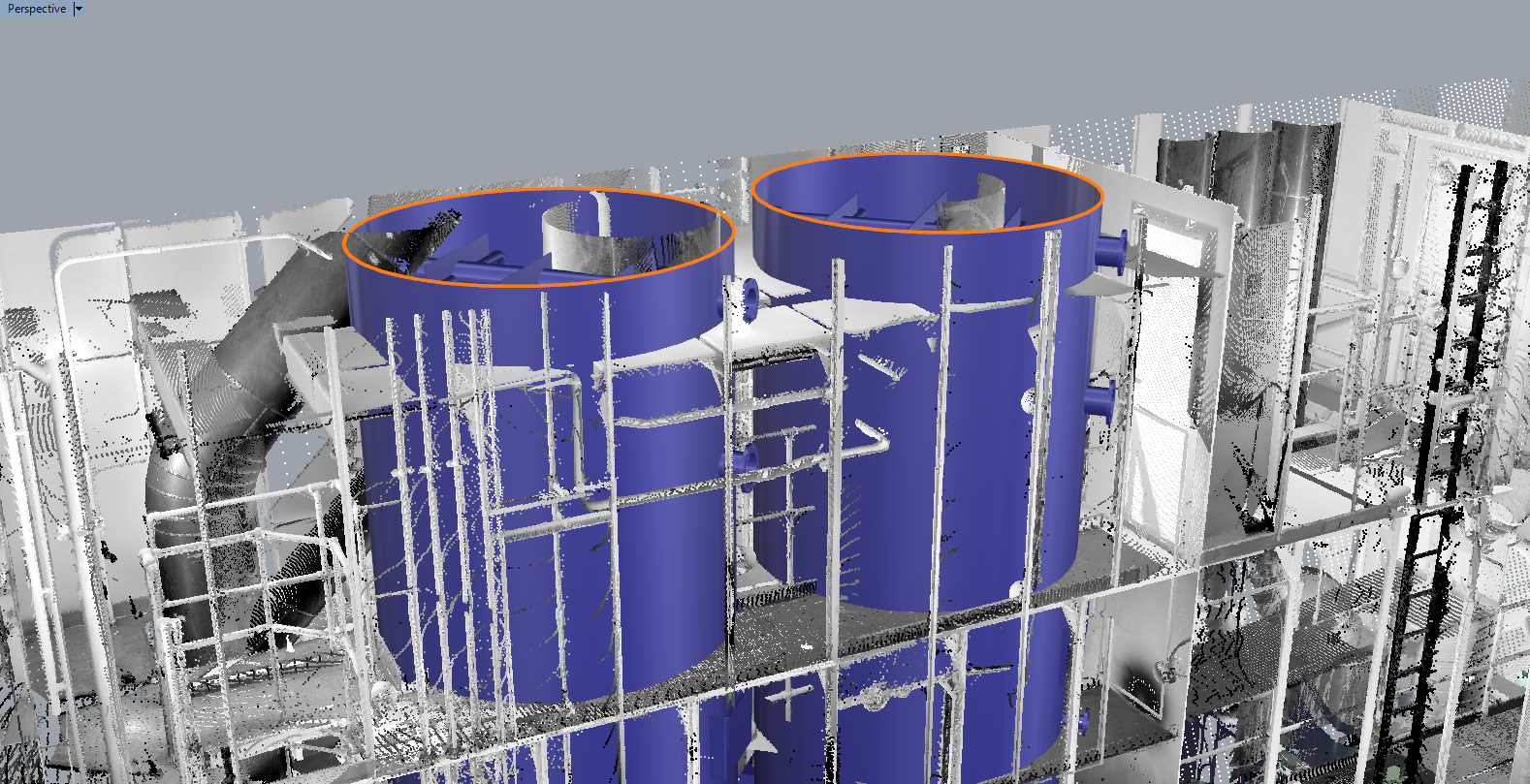 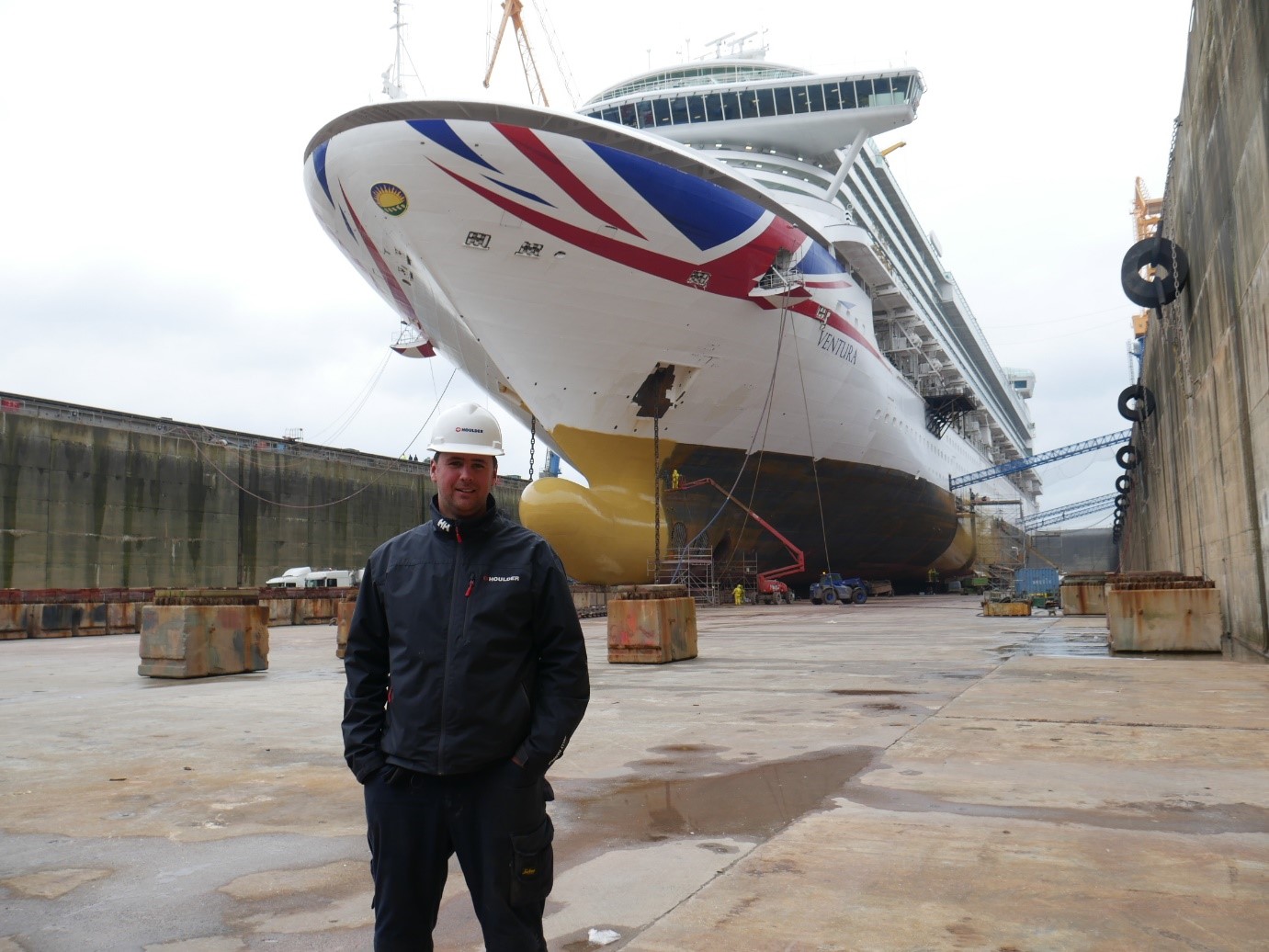