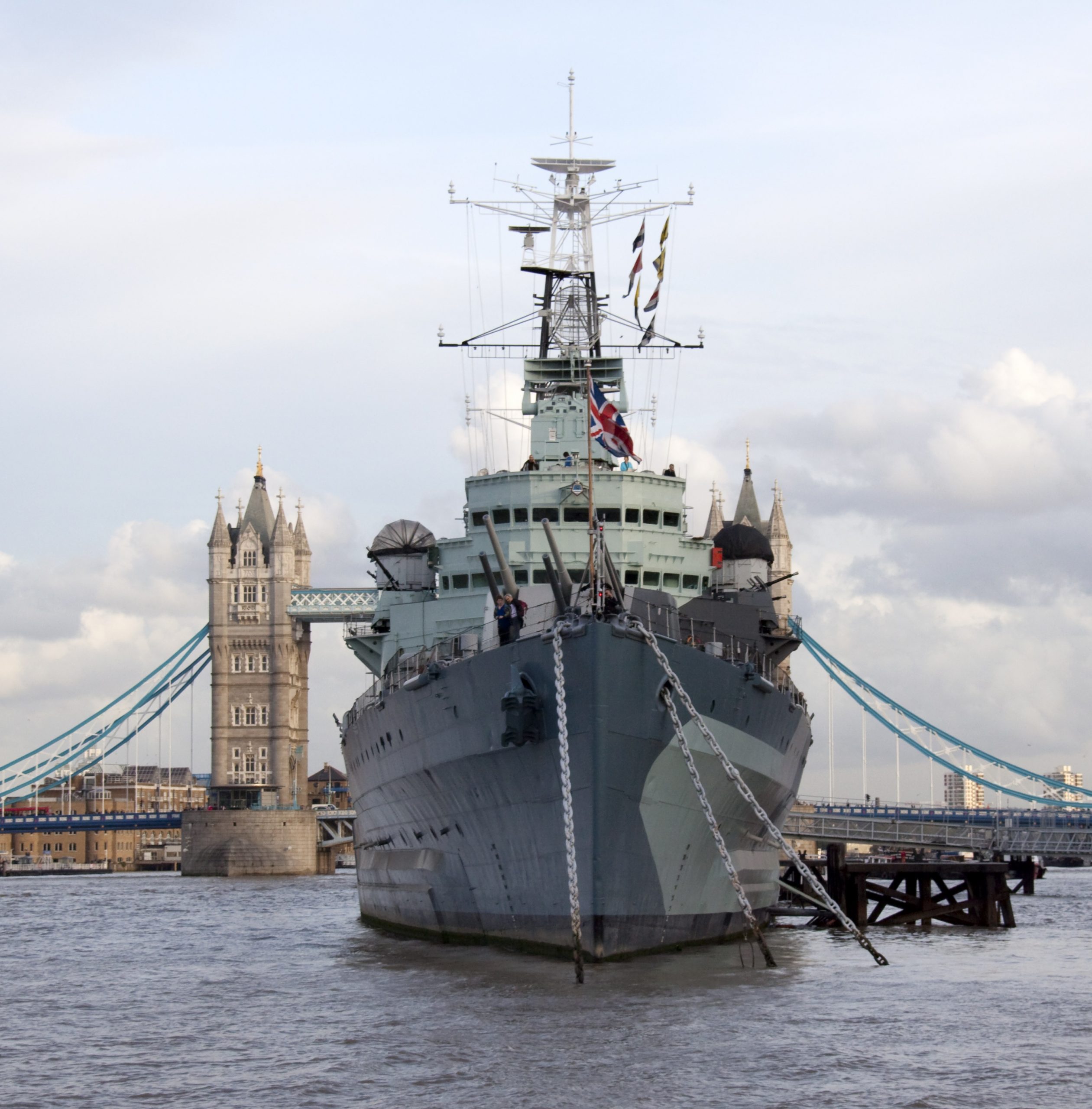 Houlder was responsible for project management during the HMS Belfast mast replacement project made possible by a gift from the Russian people. HMS Belfast is a 187m, WWII Town-class Light Cruiser that was launched in 1938 and served Great Britain over 32 years. It acquired special relevance during World War II for protecting Transatlantic convoys as well as being a key part of the D-Day bombardment fleet.  Between 1950 and 1960 HMS Belfast recommissioned for humanitarian actions before coming a floating museum in 1971. It is now permanently moored on the River Thames, beside Tower bridge, and operated by the Imperial War Museum.

Houlder was contracted to support the HMS Belfast mast replacement project delivery. It was required as both the fore and aft masts been badly corroded and had been hidden behind unsightly scaffolding for a number of years. Help came in the form of a gift of replacement masts from the Russian shipbuilding industry to commemorate the 65th anniversary of Battle of the Atlantic and HMS Belfast’s role in protecting vital transatlantic convoys.

The gift of two lattice steel masts from Severnaya Verf shipyard, St Petersburgh was supported by the supply of eleven shipyard personnel to undertake the installation works. Houlder’s task was to provide project management and supervision services throughout the work. A Houlder onsite Project Manager (pictured centre) was deployed on board, accountable for delivery, with design and engineering support provided by a multi-disciplinary supporting team as required. Tasks included the removal of fittings, deconstruction of the old masts, installation of the new masts, painting and replacement of original fittings as appropriate. Barge transportation and lifting contractors also worked under Houlder’s control. An important feature of the work was keeping HMS Belfast open to the public throughout requiring the highest possible safety standards to be adopted.

Once complete, the HMS Belfast replacement masts were dedicated at a ceremony attended by HMS Belfast veterans, HRH Prince Philip and officials from the Russian Embassy and government.